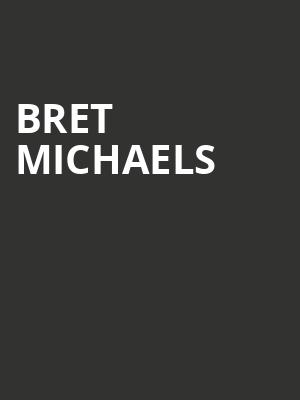 The Glam Rocker Heads Out On Tour!

Poison was at the forefront of the Glam metal scene in the 80s and 90s, their leading man Bret Michaels was launched into superstardom and hasn't come down since. Although Poison are still live and kickin' Michaels has forged a glittering solo career, don't miss him live!

Alongside his glistening music career Michaels has also leant his talents to various TV shows. With his own reality dating show, Rock of Love with Bret Michaels, running for an impressive three seasons Michaels also wrote and directed A Letter From Death Row with actor Charlie Sheen.

And before you stop reading

You may be required to wear a mask during this performance. Please contact the venue directly for more information.

About Burgettstown Theater: We are an independent show guide not a venue or show. We sell primary, discount and resale tickets and prices may be above or below face value.

View all times and dates

Sound good to you? Share this page on social media and let your friends know about Bret Michaels at KeyBank Pavilion.

Keep up to date

I want email news and updates for events in my area! Read how we protect your data.

You know the drill, websites need cookies to make them work. Details of how we do it here. Hello! It's probably obvious, but we need to let you know that we use cookies to enable us to run this website and for it to actually work! You can find lots more detail in our Cookie Policy.
Got it!